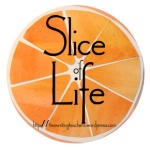 Nik Wallenda is known for his high wire performances. Matt and I watched his amazing walk over Niagara Falls in 2012. We did not take our eyes off the television. We were cheering for him and in the edge of our seats as he took each step.

We were lucky enough to see his show in Atlantic City. There were many acts where you held your breath (reminding yourself to breathe) and some you just watched in awe. There was some comedy, too. It was such a spectacular show. What a smart spur of the moment decision!

We even got our picture with Nik Wallenda!